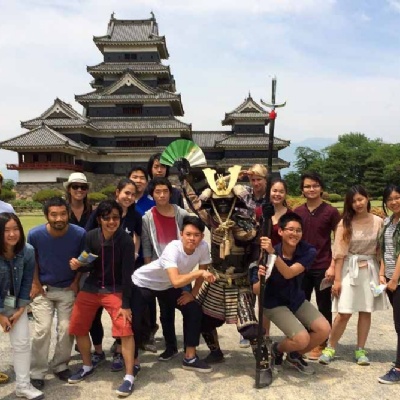 UWC ISAK Japan is the newest UWC college, admitting the first generation of UWC students in autumn 2017. UWC ISAK Japan founder, Ms Lin Kobayashi, discovered her passion for global education while attending Pearson College UWC in Canada. This inspired her to found ISAK, which opened its doors in 2014 to educate young leaders from around the globe who would be catalysts for positive change.

Students at UWC ISAK Japan enjoy a wide range of co-curricular activities, ranging from sports and language clubs to MUN and debate. Currently, there are 50+ clubs and activities at the College, all designed and run by students, complemented by the annual Project Week’s service projects. Throughout the year, the College also hosts workshops and lectures with entrepreneurs, researchers and innovators.

UWC ISAK Japan Summer School is an exciting 2-week program for middle school students (ages 12-14) from around the world. A world-class faculty challenges, engages and inspires participants with a curriculum that includes global topics, mindfulness practice, leadership, design innovation, outdoor activities, and Japanese cultural experiences. Since 2010, students from over 80 countries have participated in the summer school.

UWC ISAK Japan features modern, light-filled buildings designed by award-winning architects with an emphasis on traditional Japanese architectural principals. The campus sits in harmony with its wooded surroundings, creating an inspiring environment for living and learning. The Kamiyama Academic Center, completed in 2016, is a state of the art, light-filled building that includes classrooms, a library/technology centre, study areas, meeting rooms, and the main school office. The Asama building houses additional classrooms, labs, cafeteria, and an outdoor terrace. Residential buildings are rows of connected units known as Houses, each with its own door to the outside. Each House is home to 12 to 18 students. In addition to 2 and 4 person bedrooms, each House contains a kitchenette along with a large communal living room. A gymnasium with full basketball court and natural-grass sports field, and trails for walking/running provide recreational opportunities year round.

UWC ISAK Japan is located in the Nagano prefecture, in the town of Karuizawa (pop. 20,000), approximately 70 minutes from Tokyo by bullet train. Karuizawa is a popular year-round resort destination with four distinct seasons, including snowy winters!

Meet some of the staff members
Meet the Head of College